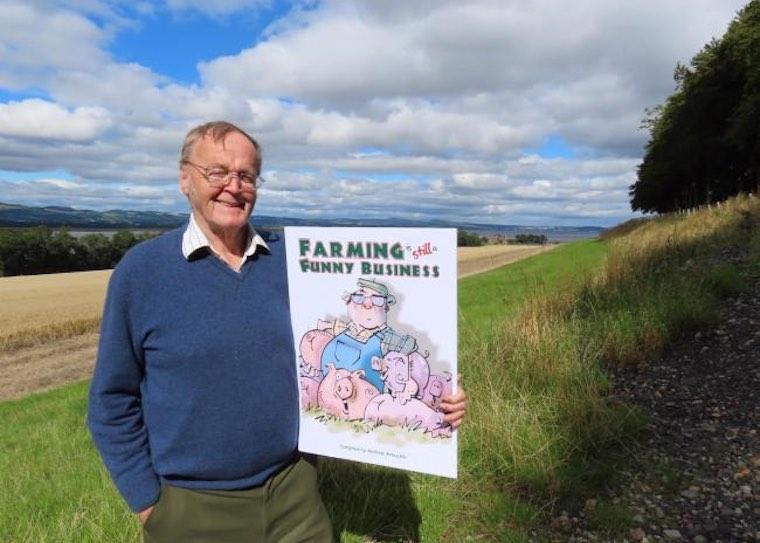 Guild member and farming journalist Andrew Arbuckle has published another collection of light-hearted anecdotes and stories from the Scottish agricultural industry to help raise funds for the Royal Scottish Agricultural Benevolent Institution (RSABI).

Andrew was brought up on a family farm in north Fife, which specialised in growing seed potatoes and malting barley with cash crops of sugar beet and strawberries. Upon giving up the tenancy he took over from his father, he moved into full time journalism as agricultural editor with The Courier in Dundee.

A spell as a Member of the Scottish Parliament followed before once again picking up his pen and writing about the agricultural industry he loves, including a stint as agricultural correspondent of the Glasgow Herald.

His latest book – Farming is Still a Funny Business – follows two previous titles compiled with his brother John that raised more than £72,000 for RSABI; it’s hoped the new one will take the total to over £100,000.

“I am extremely grateful to everyone who took the time to contact me with their story suggestions,” says Andrew. “The content I received was very wide-ranging and, while it was not possible to include every quirky tale sent in, I very much hope the selection which has made it into the book might prove to be a useful record of farming experiences, as well as providing an entertaining read."

The book has more than 300 funny farming anecdotes from farmers, auctioneers, vets and many others involved in the agricultural community, including fellow journalists, illustrated by colourful cartoons and sketches.

Nina Clancy, Chief Executive of RSABI, said: “Sincere thanks to Andrew for the time and effort that has gone into collating the new book and to everyone who took time to share their memories of fun and light-hearted experiences. Recent months have been incredibly tough for everyone and I am sure the book will raise the spirits of all who read it.”

Guild member Norette Ferns, Communications and Marketing Officer at RSABI, points out that Farming is Still a Funny Business is available from the charity’s online shop alongside the other two titles.