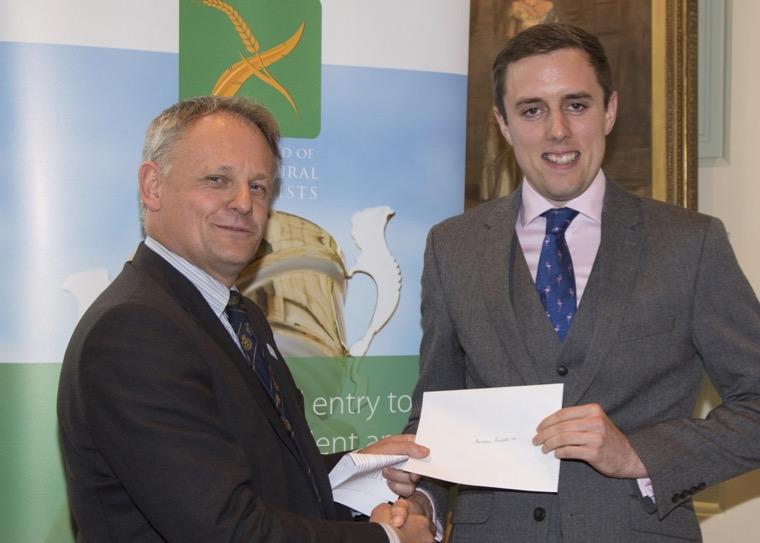 The award celebrates excellence in journalism covering the many ways farmers engage with the public to put across positive messages about farming and food production.

Andrew (above right) received his award from Assured Food Standards vice-chairman Andrew Blenkiron (above left) at the Guild's 2018 Harvest Lunch.

Mr Blenkiron told Guild members and guests that 2018 had been an important year.

It had seen the launch of Red Tractor’s first ever television advert which has now aired thousands of times since its debut during the advert break of Emmerdale on 12 September.

"I think this shows just how important we feel engaging with the public is, and this award is designed to recognise members of the British Guild of Agricultural Journalists who do a great job in telling those stories about farmers who share that opinion," he said.

"We had a record-breaking number of entries for the award this year, and as one of the judges I can say that it was extremely hard to split the top four."

Andrew's winning article told the story of an initiative by farmer Tom Martin who uses FaceTime on his smartphone to talk to primary school children about what’s happening on his farm.

Runner-up was Mel Jenkins from Agri-Hub, for an excellent piece for Farmers Weekly with Welsh farmer Abi Reader about how opening up her farm to speak to the public has been fundamental to changing perspectives about farming.

Andrew received the award and a £1000 prize while Mel received a runner-up prize of £500.