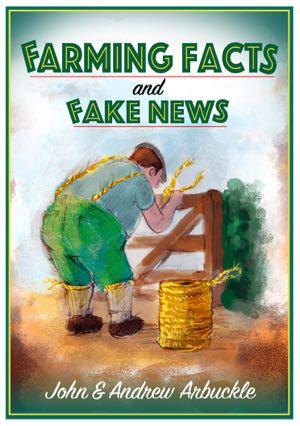 A book co-written by Guild Member Andrew Arbuckle has raised £20,000 for RSABI – Scotland's rural charity which supports people in agriculture.

The book – Farming Facts and Fake News, written and compiled by Andrew and his brother John  – went on sale last October with all revenue going to the charity.

The book includes more than 120 diverse lists – ranging from the factual, such as the Top Ten prices for various breeds of livestock, to more subjective lists, such as the Worst Jobs in Farming.

In a review carried in The Scotsman at the time of publication, fellow Guild Member Brian Henderson described the book as an “eclectic catalogue of information”.

It ranges from the essential to the irrelevant but is always entertaining, Brian wrote.

The book follows a compilation of farming jokes and anecdotes – Farming is a Funny Business – which raised £50,000 for RSABI after it was compiled by Andrew and John in 2016.