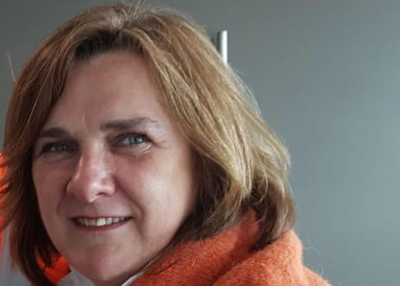 The BGAJ Harvest Service and Lunch takes place each autumn in London. The church service at St Bride’s, Fleet Street, is followed by a drinks reception and three-course lunch nearby.

Guild members are reminded to book Thursday 13 October in the diary for this year’s Harvest Service and Lunch.

Last year, NFU Mutual offered a complimentary ticket to a member who had not previously attended the event. It was won by PR consultant Barbara Huddart, who said: “I have been a member of the Guild for many years, but being based so far north I have never been able to go to the Harvest Service and Lunch. I had the most wonderful day and I was truly moved by the whole event.

“My train left Berwick upon Tweed station, which is right on the border with Scotland, at around seven in the morning. Three hours and forty minutes later I arrived at Kings Cross. It was then a mad dash to St Bride’s, Fleet Street and I made it by the skin of my teeth!

Whatever a farmer produces, be it lambs, chickens, wheat, barley, potatoes or plums, each and every one has a kind of harvest and it was such a privilege to be able to celebrate this with fellow members. I thought that the produce display, which was the central focus in this beautiful church, was magnificent and I do hope that other people outwith the Guild, also had the opportunity to appreciate it.

The service itself was a true celebration of both British agriculture and those in the sector who are there to support and spread the word about its achievements and best practice. I believe that since Covid, British farmers have received more recognition for their hard work and commitment; however there is still such a long way to go.

The lunch in the historic Pewterers Hall was simply delicious, although I was slightly disappointed that we were not served on pewter plates!  It was a great opportunity to chat with fellow journalists and put faces to the names of people I have only spoken to previously by phone.

Being part of this harvest festival and meeting so many people who I work with, was very special and I would like to say a big thank you to both the Guild and NFU Mutual - I will definitely be returning next year!”