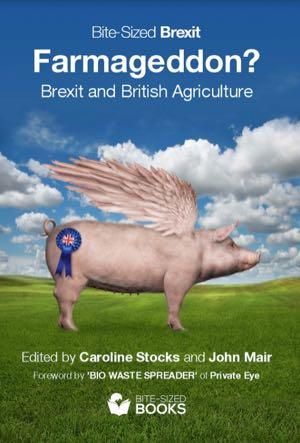 The impact of Brexit on British agriculture has come under the spotlight in a new book edited by Guild member and freelance journalist Caroline Stocks.

Produced in conjunction with Birmingham City University’s Centre for Brexit Studies (CBS), Farmageddon? Brexit and British Agriculture aims to take a short, balanced look at what leaving the European Union could mean for UK farmers and food production.

Targeted at those who have an interest in Brexit but don’t necessarily know about agriculture, the book, published as part of the CBS’ Bitesized Brexit series, features chapters from a range of industry figures who explain what Brexit could mean for different aspects of the sector.

Caroline (pictured below right) was approached to edit the book by former BBC political journalist and series editor John Mair.

She said the authors were selected to offer a balanced view to a topic which has split opinions.

“Brexit is such a divisive topic that it has become really difficult to find unbiased discussion and debate, particularly when it comes to what it might mean for agriculture,” said Caroline. 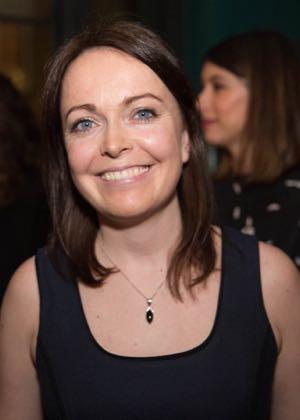 “Unless you spend your days reading endless news articles about Brexit policy and political debates, it can be hard to follow what’s happening too.

“While there’s still so much uncertainty, I wanted the book to take a balanced look at Brexit, bringing together experts with different opinions so that readers can draw their own conclusions about what the impact might be.

“Hopefully – whether they knew anything about agriculture before they started or not – readers will go away understanding how the agricultural landscape might change after 31 October.”

While Caroline doesn’t want to give away the book’s conclusions, she admits she does have a favourite chapter – the one written by Private Eye’s Bio-Waste Spreader.

“I’m a fan of Private Eye and was really pleased when Bio-Waste Spreader agreed to write a chapter for me.

“I got an even bigger surprise when he asked if I’d be willing to publish his real name alongside his Bio-Waste Spreader byline, effectively outing himself in my book.

“So if anyone needs any further excuse to grab a copy, hopefully the promise of finding out who’s been writing about agriculture in Private Eye for the last ten years will be do the trick.”

Copies of ‘Farmageddon? Brexit and British Agriculture’ are available on Amazon, priced £6.99.