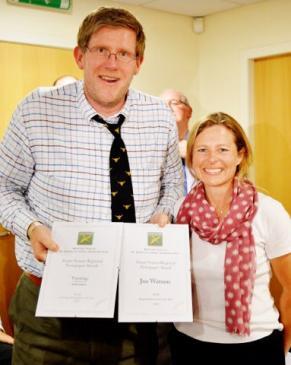 One of the judges of this year's Stuart Seaton Award for farming coverage in a regional newspaper describes the winner as "an assured writer who writes with authority for his audience; his leader on Tesco shows real understanding of the subject matter."

Joe Watson, farming editor of the Press & Journal in Scotland won the title for a second time "by a whisker" from other entrants who set an excellent standard.

"The final three were really close," said another judge.

"They are giving a good service to rural readership with coverage of local and national farming news and general interest items too. 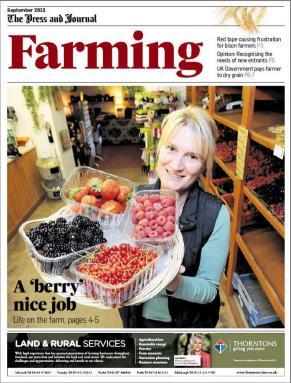 "The newspapers are obviously very committed to their farming readers, which is very positive in these difficult times for regional newspapers."

In the final judgement, Joe and the P&J with its new Farming supplement, was selected the unanimous winner by Val Chapman (the late Stuart Seaton's daughter); Isabel Davies, Farmers Weekly content editor; and last year's title holder, Heather Jones of The Farmer.

The judges felt the publication had a good mix of stories, some of which go into useful business detail for the agricultural reader.

The eye-catching design and mix of lighter stories widens the appeal to the non-farming audience.

One summarised: "The Scottish title wins by a whisker. It’s a colourful supplement, easy to read with interesting farm features and a social page and motoring.

"I think the features are of interest to farmers and non farming readership." 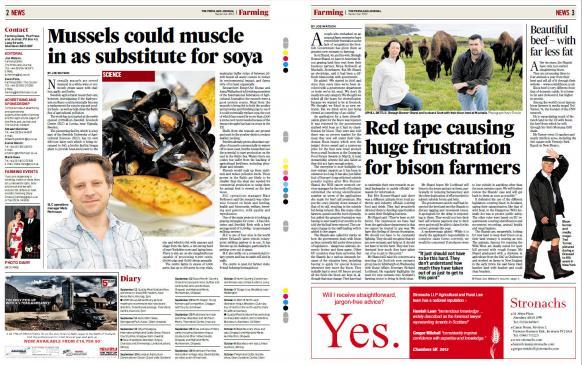 Jane said: "Being local to Joe and a regular reader of the Press & Journal I can wholeheartedly endorse the merit in giving this award to Joe and the newspaper's publisher.

"The rural and farming content in the P&J is extensive and I know is very well received by both farming and non-farming readers.

"Joe has earned himself a well-deserved following, in particular for his interpretation of how national, European and global issues will affect the rural communities of north east Scotland.

"He is a dedicated and self-confessed 'hack' who likes to get under the skin of a story – he employs a great deal of his personal time and energies to keep the content in the P&J dynamic, informative and challenging."