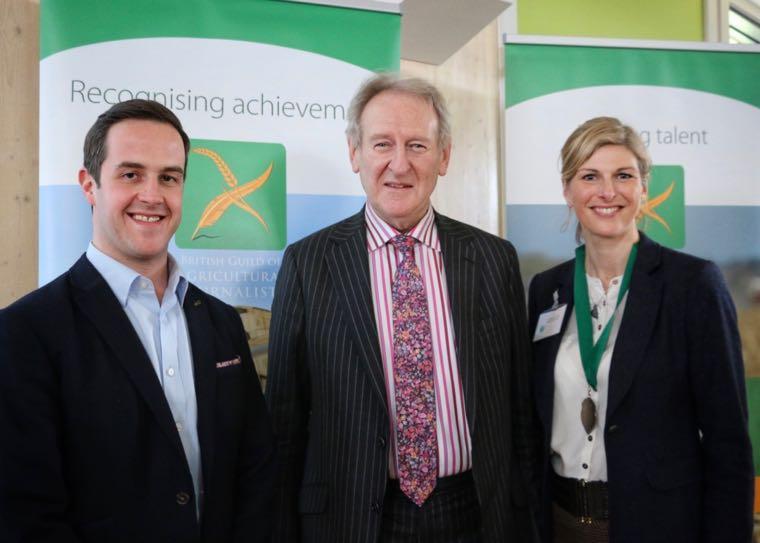 BGAJ chairman Catherine Linch paid thanks to Lord Curry of Kirkharle (above centre) who has stood down after four years as Guild president.

Lord Curry stood down as president at the Guild's 2019 AGM, held on 14 March at NIAB's Park Farm, Histon, Cambridgeshire.

In her annual report to Guild members, Catherine paid tribute to Lord Curry, thanking him for his time and guidance as BGAJ President.

“As those of you who have served on councils and committees will know, there is much more work that goes on behind the scenes than a report can cover,” she said.

“My thanks go to Lord Curry for his guidance and support to myself and my predecessor Ben Briggs.”

A keen gardener, Lord Curry was presented with a rose bush and special garden trug as a token of the Guild's gratitude for his service.

Speaking afterwards, he said: “It has been a great honour to be president of the Guild.”

Lord Curry said he had learned a lot during his time as president, describing it as a privilege and saying he had an enjoyable time too.

“I have been most impressed with the enthusiasm that there is to really made the Guild work and make it relevant to members.”

He said: “It is quite clear to me that the Guild would not be able to function without all those organisations and companies that sponsor the Guild in a variety of ways.

“I would like my thanks passed on them too.”