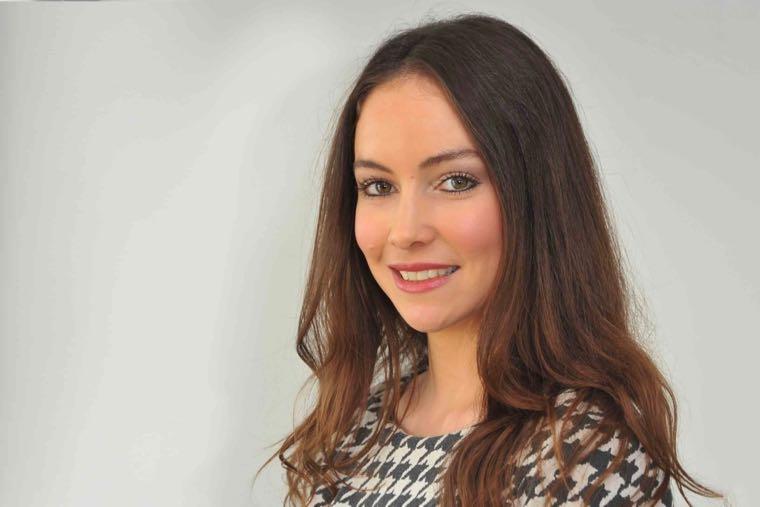 Farmers Guardian news and business editor Olivia Midgley explains how her career’s taken her from writing restaurant reviews to drinking coffee with a lord, and shares her love for scooping crime stories.

I head up Farmers Guardian’s news and business team which involves writing and editing copy for the magazine and fginsight.com, plus our sister titles Arable Farming, Dairy Farmer and AgriMoney.

I worked on various entertainment titles covering everything from interviews with DJs, theatre productions and comedy gigs, to book and restaurant reviews, before obtaining a degree in journalism from Sheffield University. After that I worked on local and regional titles for four years before joining FG as a reporter in 2011. I then worked my way up to news editor.

Did you always plan to be an agricultural journalist?

It was never part of the plan but I come from an equestrian background so agriculture wasn’t completely alien to me. I was drawn to FG and have never looked back – seven years and counting!

What would you write about if you weren’t writing about farming?

Working in regional media meant court and crime reporting came quite naturally and I enjoyed it. One of my favourite stories was a lorry driver who was prosecuted for defecating outside a primary school. He’d told the court he’d often get ‘caught short’ before driving onto the motorway and that’s why he did the deed outside the school. He was given an anti-social behaviour order. I’ll never forget the headline from our brilliant sub – ‘Kerbside pooper scoops up ASBO’.

What’s the weirdest thing a reader has ever said to you?

We get a few of these – using radios and marshmallows to control moles and that you can link the spread of bovine TB with Zionist conspiracy theories. They are two of the most bizarre (and not from the same person).

How untidy is your desk?

I am definitely a hoarder of anything paper related and I admit that. The piles of papers are quite neatly stacked though.

Who’s been your favourite person to interview?

If I had to pick one from my time at FG I’d say Lord Don Curry. He’s a fascinating man with a great passion for the industry, and has a great sense of humour with it. We had a good chat over a coffee in one Parliament’s bars.

I interviewed a farmer whose brother had committed suicide on the farm next door. Obviously a very sensitive one to talk about and write up but he was very keen that the underlying message was to encourage those with depression to get help – hopefully his words went some way to helping others.

Tell us something about you not many people know

I competed in the finals of the Prince Philip Cup mounted games team at Wembley (a long time ago) and I also used to be a hair model (briefly).

Midgley in a minute:

Dogs or cats? Both. But dogs.

What’s the last book you read? Lullaby by Leïla Slimani

What’s your go-to karaoke tune? Anything shouty! Killers, Mr Brightside is a fave

Where’s your favourite place to spend a weekend? Back at my parents’ place in Yorkshire

Want to face our questions? Email caroline@carolinestocks.co.uk for your chance to be featured.