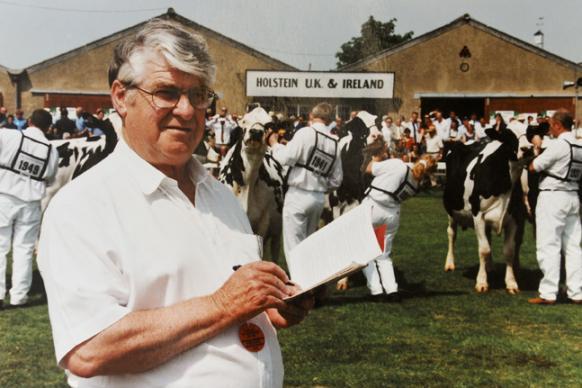 Alan began his career working on the Goole Times before moving to the Northern Echo. He joined Farmers Weekly in 1956, and spent the rest of his career at the publication as north east correspondent, reporting on news and major shows across the region.

He retired after his 50th Great Yorkshire Show in 1999 when the picture above was taken, after which he worked for a while with his daughter, Kate Mallender, a fellow Guild member and freelance photographer.

The funeral will be held at St John the Baptist Church in Stamford Bridge, York on Monday, October 31 at 1.45pm, followed by York crematorium at 3pm.

"His wisdom was much sought after by myself and others," he says. "The North has lost a brilliant agricultural journalist, one I looked up to with great respect; I was very proud to make a presentation to Alan at the Great Yorkshire Show on behalf of the Guild when he retired.

"Alan was a journalist of the old brigade - a true professional - and I suppose one of my mentors. His crisp and accurate reports in Farmers Weekly were the first thing that I turned to on a Friday morning to see what I had missed!

"He was also known by all of us doing the Northern round for his humour, love of cricket and the odd pint. His expertise in often missing his round always amazed me because whenever I tried, I always failed miserably..."

"His reputation went before him: Those who described him to me as I prepared to take over as editor of Farmers Weekly in the run-up to 1991 were spot on. An extremely loyal reporter dedicated to his patch as the paper’s north-east correspondent where his list of contacts was endless; a journalist who was extremely knowledgeable about UK farming and the countryside as a whole; and a character with a dry sense of humour. 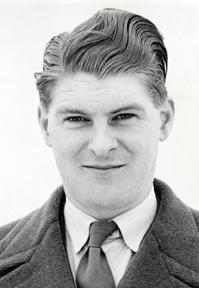 "The irony was Alan had been made redundant a few months previously (along with the paper’s other regional correspondents) in a round of staff cuts across what was then Agricultural Press, of which Farmers Weekly was part. Despite the crucial role played by the regional reporters, the decision was purely arbitrary, being made on the basis that they were not office-based and therefore less likely to cause disruption. Such was the level of management skill.

"Fortunately, we were able to retain Alan on a freelance basis, which was good news for the paper and good news for me. That’s not to say we didn’t have some frustrating occasions, one of which was the transfer to new technology and the installation of a computer and modem for Alan to send in copy.

"He was one of the regional stalwarts who wanted to make the new system work; and he did. Such was the quality of the man, coupled with his determination not to be beaten by the unreliability and unwieldiness of the technology, which was so different from what writers and production people had been used to.

"It was always a pleasure to visit Alan on his patch where we inevitably finished up discussing the paper, its future direction and the industry in one breath. Everyone valued his opinion, which was based soundly on conversations with his contacts, who were numerous to say the least. You had only to attend the Great Yorkshire Show with him to find out just how popular he was with farmers, farm workers, advisers and those in the ancillary trades.

"He built up a trust with them all, so much so that if there was a story to be told people would pick-up the phone and tell Alan who would always make a sound judgement on its value to the paper and the industry before filing any copy.

"Alan also encouraged and supported new recruits to Farmers Weekly, often passing on his valuable contacts in the region for them to pursue their own particular technical angle.  Such was the stature of a man who gave more to Farmers Weekly and its staff than many appreciated at the time and who was a true, respected friend and colleague."

I was saddened to read of the death of Alan Barker; he was my opposite number in the years 1962-68 when I was northern correspondent of the old Farmer & Stockbreeder, working from home in Harrogate and then Knaresborough. He was No2 to Jack Hargreaves in the nearby Farmers Weekly office on the Yorkshire showground and we met frequently at events, shows, conferences, demonstrations, farm walks, and so on, sometimes travelling together to the more distant functions.

I would be regaled with the latest news of his toddler daughter Kate and his latest triumphs as a fast bowler in the local cricket league. Alan was always a kind and solid colleague, though we were naturally competitors for the best story line – and sometimes for the last smoked salmon sandwich in those days of lavish hospitality for ag hacks!

He was a serious professional for whom doing a good job for his employer always came first, and who rightly enjoyed great respect – and a deal of affection – from his fellow journalists.