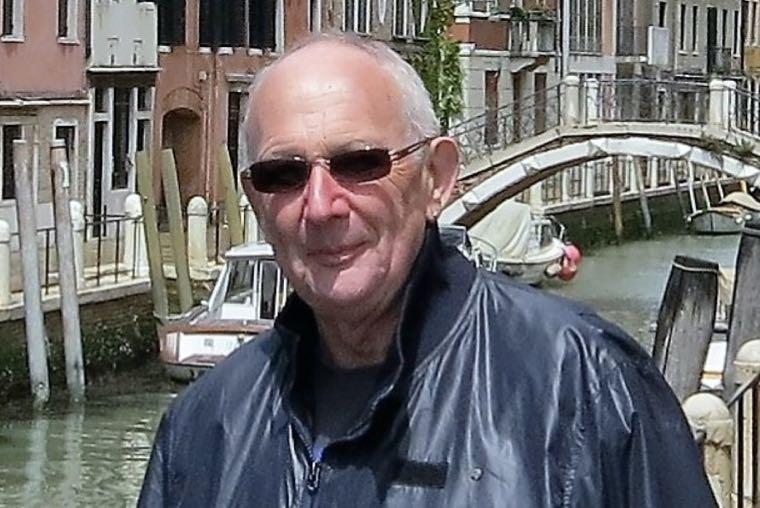 The Guild is saddened to learn that former member Michael Rose, a retired machinery journalist, passed away this summer.

Michael died in July while travelling in New Zealand on his way to one of his regular visits to Laurelle Pacey, an Australian journalist and former Guild member who was part of the UK machinery journalists’ ‘rat pack’ for a time in the late 1970s.

Michael was a reporter and then editor on Agricultural Machinery Journal – AMJ – and later published his own horticultural and turf equipment magazine for a time before settling for occasional freelance commissions in retirement.

His articles were not always about agriculture; his last piece, published earlier this year, covered railway developments in Thailand.

Michael travelled widely – he is pictured above during a visit to Venice.

Former colleagues recall him fondly for his dry wit, gentle demeanour and a certain ‘style’.

Laurelle Pacey writes: “I first became friends with Michael when I was a cadet journalist on the Agricultural Machinery Journal 1976/77. Then when I was machinery writer on British Farmer & Stockbreeder we shared many business trips together, the big Paris Show each year being a highlight.

“Since those days, my husband Steve and I have enjoyed his dry wit over the past 30 or so years. He was a frequent visitor to our home and even met up with us on our various European jaunts.

“At times in the past 15 or so years, Michael lived for about a year or more in New Zealand, and another time about a year in Sydney. He was quite the world traveller, up with various nations’ politics and an expert on airlines, cheap fares, and places to visit and places to stay.”

Guild member David Cousins, who started his career with Michael, also recalls visits to the Paris machinery show, which for Michael “mainly involved chatting to all and sundry; he knew absolutely everyone and loved the whole thing.”

He adds: “I remember him, too, as very debonair (unlike the rest of us)...

Machinery journalist and author Michael Williams was a regular contributor to AMJ: “Michael was quietly spoken and not at all assertive at a time when there were some fairly extrovert characters in the machinery press but he had a somewhat unexpected ability to understand any technical innovation.

“Michael was certainly a helpful influence at an early stage in my freelance career, and he was also a good friend. I wish I had kept in contact.”

Graham Fuller also appreciated Michael Rose’s technical writing skills: “I once sought his advice on how to ‘jazz-up’ a somewhat dullish R&D story I’d just penned and after an ale or two in a hostelry he came up with a much snappier headline; ‘Research favours systems planning.’

“Neither of us were entirely sure what it meant but it was subsequently bannered across a double page spread in the following month’s AMJ, thereby ‘lifting’ the tone of the whole article!”

Jonathan Theobald, who now makes promotional films, worked with Mike when he was editor of AMJ: “We kept in touch over the years and when he returned to the UK for his brief visits we would try to meet up. His death is a surprise; he was so active, still roaming the world as he'd been doing for so many years.

“He always maintained his interest in writing and only a year or so ago wrote a series of features on trains in Thailand for a railway magazine; he was really pleased when they accepted his contribution - and paid him.”

Steven Vale, a freelance machinery reporter based in the Netherlands, recalls Mike as his first editor, on AMJ: “He was a good bloke.” 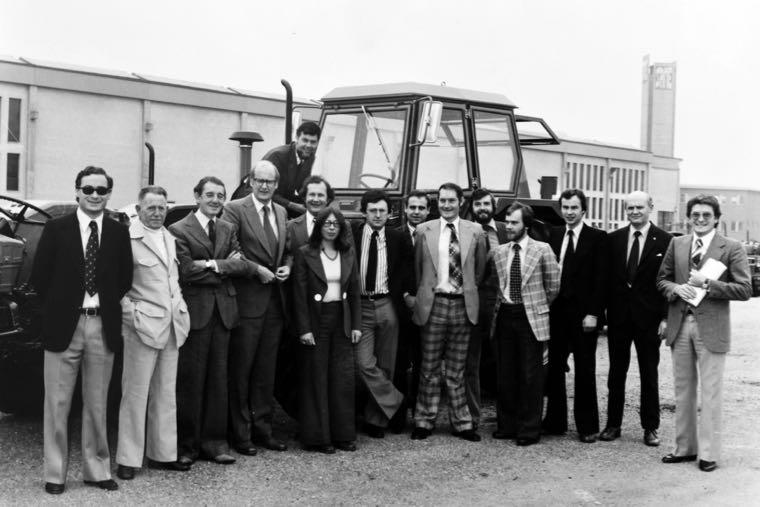