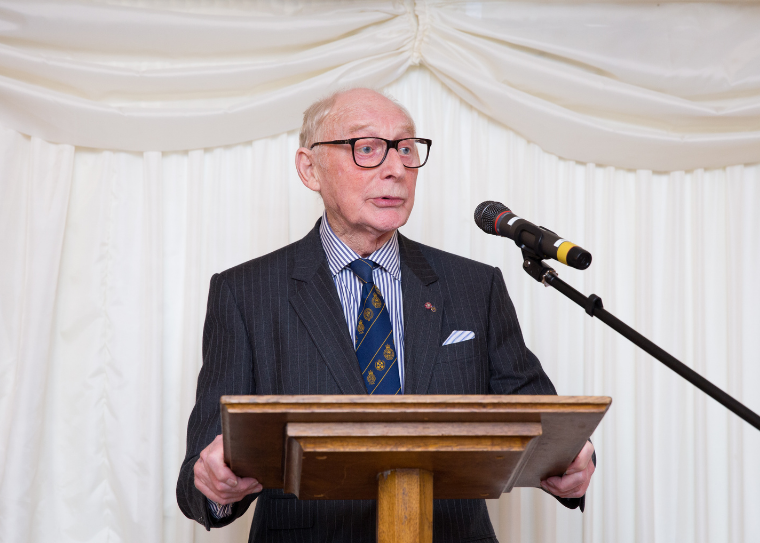 John Malcolm Stansfield, or Malcolm as we all knew him, was such a great friend and supporter of so many of us and will be sadly missed.

He had a very long and distinguished career and life within agriculture and stood down last year as the Hon Secretary of the English Panel of CARAS after 18 years in the role.

Malcolm was born and raised near Barnoldswick (‘Barlick’ to locals), son of a Master Butcher, his grandparents farmed at nearby Copy Nook Farm in Bowland. When he was born, Barnoldswick was within the West Riding of Yorkshire – a Yorkshireman “from God’s own County” – although since 1974 the residents of the town reluctantly pay their council taxes to Lancashire! Commitment to practical farming combined with suitable prowess at school secured Malcolm a place in 1953 to study Agriculture at the University of Leeds.

A postgraduate diploma in Agriculture brought him to study at Reading where he became a Senior Lecturer in Farm Management combined with the Director of the University’s farms. Malcolm retired after 42 years as the longest-serving member of the University of Reading’s academic staff. Malcolm with others founded the International Farm Management Association (IFMA) which held its first biennial congress in 1971. Elected President in 1991, Malcolm retired at the 16th Congress in Cork in 2007 and took on the role as a patron.

Malcolm’s skills as a communicator combined with his academic and practical knowledge have been well recognised in the farming industry. He served as Chief Agricultural Adviser to the Royal Agricultural Society of England for several years.  A Winston Churchill Scholar, he studied the management of large-scale dairying in North America and was a recipient of the Princess Royal Award for his services to the UK dairy industry. He lectured widely, had been consultant in numerous countries and was a Special Adviser to the House of Commons Agriculture Select Committee. He was an author of many management and husbandry papers and in his inimitable style presented a series of agricultural video programmes – widely used in teaching establishments.

In the Queen’s Birthday Honours in June 2003, Malcolm was awarded the MBE (Member of the British Empire) for his services to agriculture and to the community in Reading. Malcolm was awarded the post of Hon. Visiting Professor by The Royal Agricultural College in autumn 2007. Over the years, Malcolm Stansfield gave a host of talks to farming, rural and general public audiences and was for several years a trustee of FCN – then Farm Crisis Network but now Farming Community Network. An active member of Rotary International for years, he was twice awarded the Paul Harris Fellowship of that organisation.

Malcolm’s first wife Mary died in December 2004 after a long illness. He has three married children and six grandchildren. Malcolm married Berenice in June 2010 and they lived in Cirencester where he was active in Probus and at the parish church of St John. He maintained an active interest in the many organisations he was associated with right to the end and will be sadly missed as a good friend.