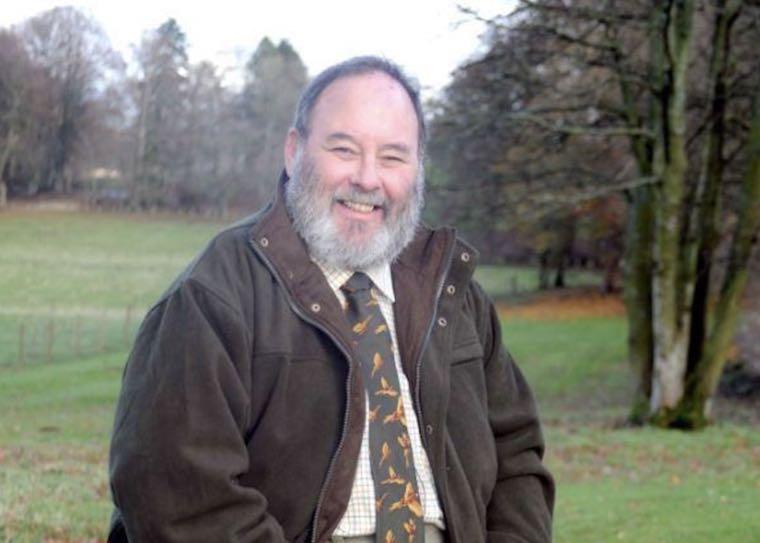 Former Guild member Rog Wood, who has passed away at the age of 66, was a special character in the agricultural industry in Scotland, writes Ken Fletcher.

Well recognised across the farming sphere, Rog (short for Rognvald) was once very active in agri-politics – having run for the vice-presidency the National Farmers Union for Scotland and had been on the British Wool Marketing Board – but was probably best known as an agricultural journalist.

He wrote for many publications including, latterly, being the farming editor of The Herald, but had also been a regular contributor to the Sunday Post (under the pseudonym of Tom Duncan), The Scottish Farmer and Farmers Weekly.

Working for the 'dailies' his forte was producing sound copy from which even laymen could understand often complex farming stories.

His anecdotes of farming were well read in many newspapers where he succinctly reported on the broader picture of farming throughout Scotland, the changing countryside and ways of rural life, and how the industry coped with animal health disasters such as BSE and foot-and-mouth.

Rog was a columnist for Big Farm Weekly during the early 1990s. He was also the author of several successful books on country matters and local legends.

But, Rog always described himself as a hill farmer at heart, and he became the youngest ever tenant on the Duke of Buccleuch’s Queensberry Estate to have taken a farm on the open market at the age of 22. That was Auchentaggart, a hard hill near the village of Mennock, in Dumfries-shire.

In the beginning, Rog and his wife, Carmen, faced huge financial uncertainties getting their business off the ground and both invested a lot of energy and time on non-farming incomes, hence the journalism on Rog's part and catering on Carmen's.

In the same year they took on the farm, their first child, Elliot, was born, followed by daughters Natalina and Claudia. However, when he was just 20, they lost Elliot to suicide and this was to take an awful toll on Rog in the subsequent years, causing great frustration and resulted in him suffering from severe depression.

Bravely, though, Rog fought back and his prodigious output of news and feature stories was, perhaps, his way of easing that pain.

He became a champion of raising awareness of mental health issues, especially in farming communities and just last year he shared his experience in an article published in The Scottish Farmer on his struggles of coming to terms with Elliot's death.

“There is still, in the farming community, a stigma with suicide and there shouldn’t be. It is a mental illness that can be averted. As a community, we need to open up and talk about mental health. Only then will be recognise and act upon the early signs of suicide, only then can we lead to it being prevented,” he told The SF.

While Rog was a complex character, when in fine form he exhibited a rapier-like wit and was an original thinker, able to cut through the complexities of agricultural politics and his deep understanding of the industry – he was a Nuffield Scholar, specialising in the sheep industry – allowed him to give learned comment on many topics.

Away from the farm, he was well read and was a regular on the Burns supper trail both as a speaker and for his excellent recitations. In fact, just a few days before Rog took ill, in January, he delivered a fine rendition of Tam o' Shanter at the annual Guild of Agricultural Journalists supper.

He was also a keen fisherman and apres-angling his story-telling became something of a legend. His tales of sheepdog training, an appearance as a drag artiste, the vagaries of the lambing shed and, one of his favourites, how he became a boxing champion, were hilarious in the confines of country pubs all over Scotland.

No more will this irascible character 'cast a blae and black to the far corner of the pool ' and he will be sorely missed by a wide-ranging and large circle of friends and family.