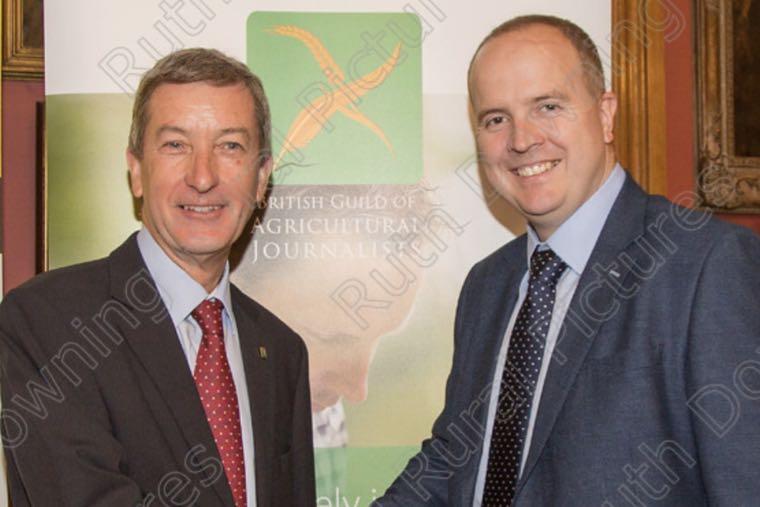 This was the second year of the Hutchinsons Omnia Award – sponsored by Hutchinson's – and again it drew strong field of entries.

Peter (pictured above left, receiving his award from Oliver Wood of Hutchinson's) wrote his winning article about drones rising to the challenge of replacing manual crop care.

Judges described the piece as: “a thoroughly researched round-up of drone developments, both in the UK and overseas, full of information and well written for its international farming audience.”

Two other articles really stood out and recognised at the awards ceremony, held at the Guild's 2018 Harvest Lunch.

Runner up was James Andrews for his piece on how two farmers built their own GPS tractor guidance kit for under £2,000.

Published in Farmers Weekly, judges said this was a really good article and very relevant to its farmer audience, practical and informative, considering the technical nature of the topic.

As there could only be one runner-up, judges decided to give a Highly Commended award to Oli Mark for his Farmers Weekly article on a smart seeder for precision drilling.

Judges said this was a well-written and very informative article on a subject of interest to all arable farmers at the moment.