Peter Hollinshead, the winner of the Guild's Netherthorpe Award in 2016, has spent most of his working life as an agricultural journalist.

During that time, he has earned a reputation as a skilled and tenacious operator with an incisive line of questioning and an ability to place his interviewees under the closest scrutiny in the most good-humoured way. 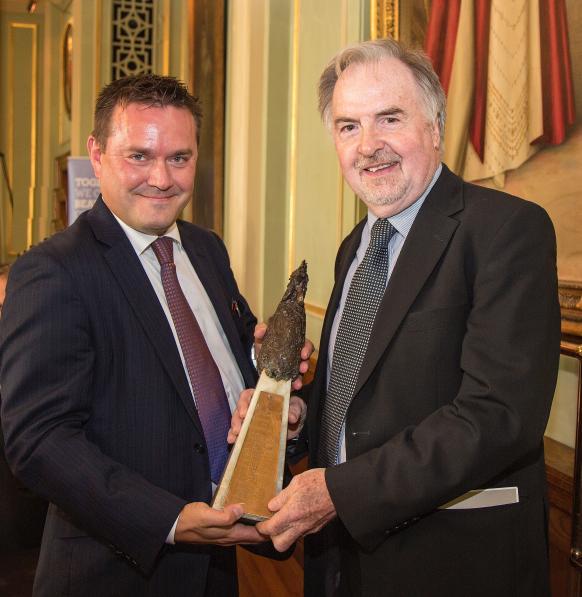 Peter invariably asks the question you wish you had asked, has an unerring ability to get straight to the heart of the issue and no stone is left unturned in his quest for the story.

The resulting articles can be relied upon to be impartial, accurate, challenging, pertinent and up-to-date.

Peter began his career as a production assistant with Livestock Farming before climbing the ranks to become the magazine's editor.

He then moved on to the newly launched Farming News – being plucked from obscurity by former colleague Marcus Oliver, as Peter described it in his acceptance speech – being appointed technical editor, then deputy editor.

He became editor of Dairy Farmer in 2002 and in that role has shown himself to be an innovator and risk-taker, launching the renowned ‘Speakers Corner’ live discussion forum at the Livestock Event before moving it to the Bath & West Dairy Show, where it draws large crowds of participants and attracts leading opinion-formers.

It is often the place where major dairy industry news items are broken and, as the forum’s chairman, Peter maintains the pace of discussion, keeps his speakers on track and presses them for an answer if a question is evaded.

Peter is also generous with his time and considered with his opinions.

Every year he speaks to undergraduates at the Royal Agricultural University, offering inspiration and guidance to potentially the next generation of agricultural journalists.

Through the Netherthorpe Award, the Guild is delighted that Peter is receiving due recognition for his qualities and his contribution to agricultural communications.