Press room all steamed up at 2012 Royal Highland Show

It wasn't controversy in the cattle judging that had the press room steamed up at the Royal Highland Show – but rather soggy wet clothing drying out after the downpours.

Still, a great spread was enjoyed by Guild members and guests at the end of the first day of the show, organised by Eddie Gillanders and his wife. 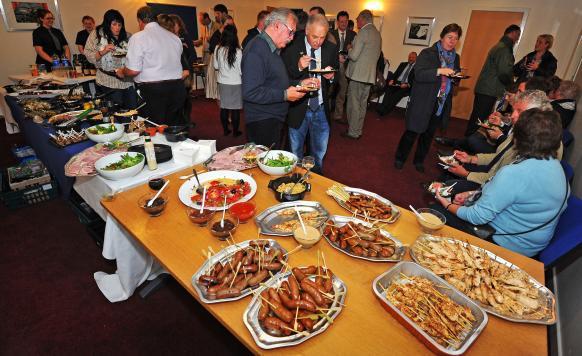 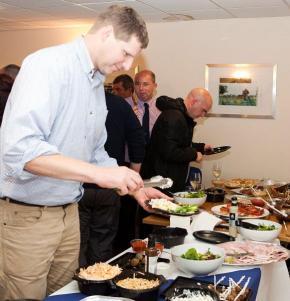 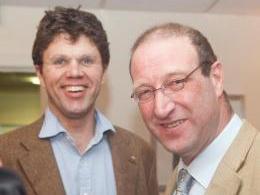 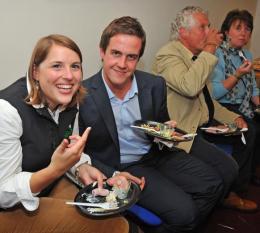 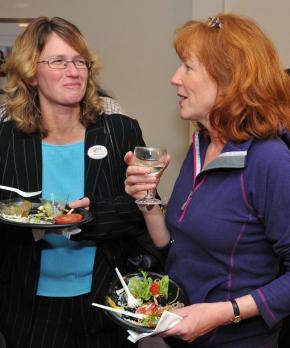 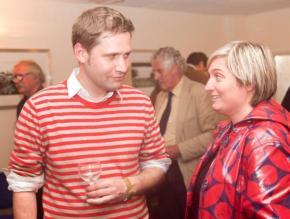 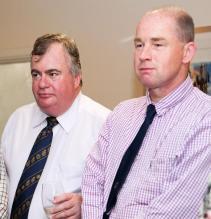 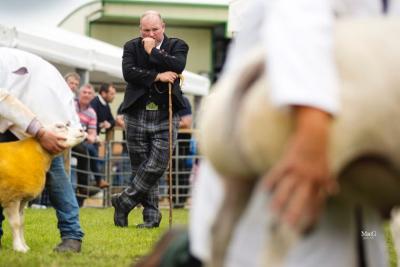 The Guild has long held an annual Press Party at the Royal Highland Show.

Held at the end of the first day of this flagship agricultural event, the party is for journalists who are Guild Members working at the show.

It provides a happy and relaxed ending to a busy first day at the show – and an opportunity to sample some of the best Scottish food and drink while catching up with friends old and new.

The four-day event is the pinnacle of the agricultural calendar involving over 1,000 trade exhibitors, 2,150 livestock competitors (with over 6,500 animals) and has an annual economic impact estimated at over £46m.

The Guild is grateful to the Royal Highland and Agricultural Society of Scotland which hosts the event and provides the facilities for the Guild party, including assistance from the official show caterers.