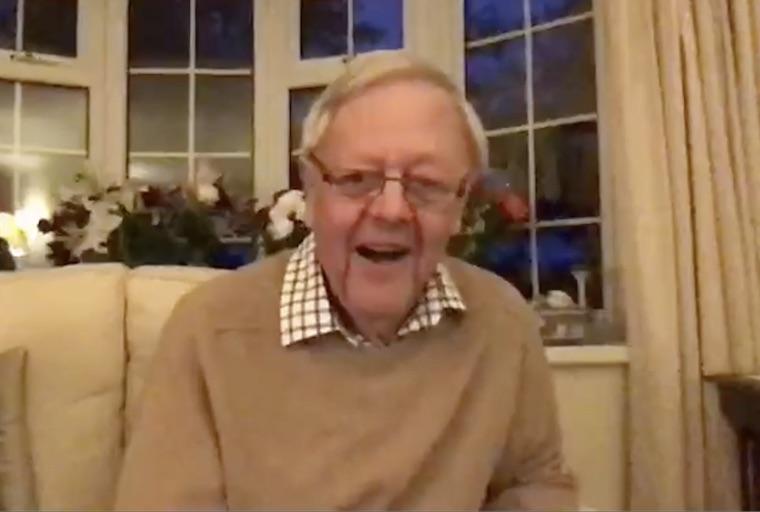 Machinery and technology journalist Michael Williams has been honoured with the 2020 Netherthorpe Communicator of the Year Award.

The Netherthorpe Award is made annually to the Guild member who has made an outstanding and sustained contribution to agricultural communications and is judged from nominations made by members of the Guild.

Michael, who began his career in Fleet Street in the 1960s, worked on Farmers Weekly as a news and features writer.

In the late 60s he left Farmers Weekly to work for a farm machinery manufacturer, but continued supplying copy to various agricultural magazines on a part-time freelance basis.

He moved to Farming News for its first issue in 1982, where he was Machinery Editor, and left several years later to focus on freelance writing for many UK and overseas farming publications.

Over the years, as well as writing regularly about the latest innovations in farm mechanisation for magazines and journals in the UK and overseas, he has written a large number of reference books on the subject.

Presenting Michael with the award at the Guild’s virtual harvest festival on October 8, GAJ chairwoman Olivia Cooper said: “Michael Williams is regarded as the doyen of farm machinery journalism by his peers, unfailingly courteous and the producer of accurate, concise and readable copy every time.”

He was one of the first authors to write books about vintage tractors, and his earliest was published by Blandford Press in the early 1970s. It went on to be reprinted in many languages. He wrote many more books, mainly about farm tractor development, including some commissioned by manufacturers including John Deere.

Keen to promote agriculture and especially an interest in agricultural machinery to the next generation, the winner of this year’s award also wrote several books for young children and teenagers, all of which proved popular.

He has won many Guild and industry awards over the decades and still writes for Farm Contractor, Farmers Guide and Farmers Weekly. He also writes for agricultural magazines in Australia, America and Africa.

After almost 60 years of writing about farm machinery he continues to enjoy his trade and is equally happy sharing news of the latest innovations, or describing the first machines which carried out similar tasks more than 100 years before.

Michael said he was "speechless" as he was announced as the winner of the 2020 award during the Guild's virtual harvest festival on October 8.