Winners of the ABP Awards, sponsored by ABP Food Group, which recognise the best in British written and broadcast agricultural journalism, were honoured at the Guild’s virtual harvest festival on October 8.

There are three categories in the ABP Awards – Arable, Livestock and Environmental and Rural.

Freelancer Mike Abram won this year’s arable award. His article on why more research is needed for no-till wheat variety picks, was described by the judges as a ‘rich story with a different angle on variety choice’. 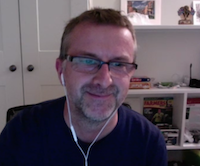 Runner-up was Lucy de la Pasture for her deep dive into biostimulants for Crop Production Magazine.

The winner of the livestock award was freelancer Ann Hardy, for her piece for Dairy Farmer, entitled ‘Deep learning to unlock codes within cows’ milk’.

The judges said this was a technical piece detailing cutting edge technology but told in an ‘easy to understand style and makes the reader feel excited about technological developments coming though the dairy sector’.

The runner up was Phil Clarke of Farmers Weekly for his myth busting piece on livestock’s environmental impact, which took aim at the BBC’s controversial documentary Meat: A Threat to Our Planet?

The environment/rural category was won by Farmers Guardian chief reporter Abi Kay for a piece which explored the reasons behind the closure of dozens of UK slaughterhouses, how this is affecting farmers on the ground, why smaller abattoirs have been a lifeline during the coronavirus pandemic and the ways Government policy can help to improve the situation.

In runner up position was Nancy Nicholson for a broadcast for the BBC on a day in the company of Angus MacFadyen, NFU Scotland's land use and environment committee chairman. The piece revealed the dilemma now facing many producers on remote and unproductive land, like his, on the high hills of the west coast of Scotland.