Tributes are being paid to Guild member Robin Limb, who passed away aged 62, on 8 February 2021.

Most people knew Robin as a prominent ambassador for the UK beet sugar industry with a reputation known to all sectors of the industry.

He had a long and distinguished career in British Sugar and held many management roles with the company, overseeing a diverse range of projects.

This included six years as British Sugar's central agricultural manager (2008-14), during which time he was editor of the British Sugar Beet Review. 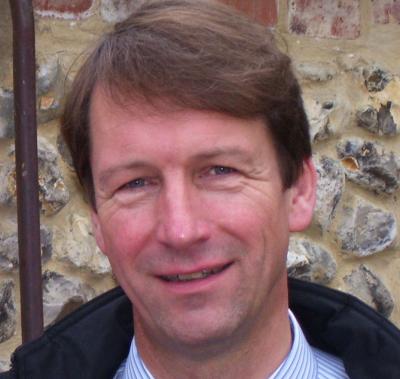 "Robin was a man of many things to many people," says former Guild member and colleague Paul Bee. "He will be very sadly missed by so many people."

His encyclopaedic knowledge and enthusiasm for producing sugar beet was much in demand – and he travelled the world in search of more knowledge and to forge strong relationships with people he met.

His contribution to improving the efficiency of sugar beet production and detailed economic management was well known within the agriculture department but also across the wider business.

"Robin was also a very warm and kind human being and his supporting nature was a great help to so many people who worked with him and for him during his career in British Sugar."

He was always helpful to new members of the business and most people who worked with him benefited from his guidance and help.

He was also respected for his press relations; arable freelance Louise Impey says: "Robin was always a friendly face at events, but he was also often the most knowledgeable man in the room. He was happy to share his expertise and breadth of industry knowledge – even at very short notice – and I can’t recall him ever being unwilling or unable to help with a request for information/comment.

"I often bumped into Robin in the winter conference season. He was always well-informed, pleased to see everyone and generous with his time and, as a result, he made a journalist’s job easier. It is not at all surprising that he had a second career after leaving British Sugar because he had the enthusiasm, skills and contacts needed to make a go of it – what a shame that he didn’t have enough time left to see it through as he would have wanted."

Fellow freelance Mike Abram adds: "I enjoyed interviewing Robin over many years while I was at Farmers Weekly. He was extremely knowledgeable and passionate about the sugar industry, and was the 'go to' person for comment both technically and corporately about the beet industry during my time there.

"I remember pushing him hard on several issues over the years, but you always knew he would communicate his message clearly, and when necessary defend the company line very effectively."

A farmer's son from Nottinghamshire, Robin gained A levels in maths, physics and economics at Retford Grammar School, where he was head boy.

He went on to read for a degree in agriculture at Newcastle University, where fellow students included Robert Goodwill, later Defra farm minister (2019) and Conservative MP for Scarborough and Whitby.

A well-developed sense of humour was one of Robin's reputable characteristics.

"He always saw the humorous side of things and he engaged in socialising to the full," says Paul.

"He could regale all around him with stories of past and present work colleagues as well as those ‘hilarious’ things that happen from time to time.

"Some people were fortunate enough to have Robin as a close friend, and he certainly was one of those.

"He would listen and care so much for his friends and give selflessly to help them. A rare and precious quality indeed."

Friends and former colleagues have paid tribute to Robin on social media.

British Sugar managing director Paul Kenward said: "Robin very kindly took the time to keep me in touch with his views of the homegrown sugar industry and agriculture in general.

"I always learned from his chats and notes. I will miss him, many people will. Rest in Peace."

NFU chief sugar adviser Ruth Digby said: "I'm very sorry to hear this news, he was really nice to me when I moved into my sugar role. My thoughts and wishes go to his family."

He added: "Many may have known him through his journalism and work with British Sugar – I knew him as a constant source of comment and encouragement."

Most importantly, though, Robin was a husband to Wendy, father and grandfather. He was proud of his family and all they achieved, and he spoke enthusiastically about them.