The three award categories were hotly contested: Arable; Livestock and Grassland; and Environment and Rural Affairs.

Mike Abram won the 2016 Arable category for his article on the research-led growing of crops without subsidies in Australia – submitted to Farmers Weekly in a freelance capacity.

Louise Impey's runner-up piece guided growers on where they could save – or should invest – in their crop fungicide programmes.

Freelance Lucy de la Pasture entered an article from CPM on ways to safeguard SDHI fungicides that included the views of a good number of expert sources and put this important topic over in an engaging way.

Meanwhile, Adam Clarke’s article in Crops on soil test standards was short, clear and well set-out, drawing the reader in with its opening paragraphs and attracting some reaction from the industry 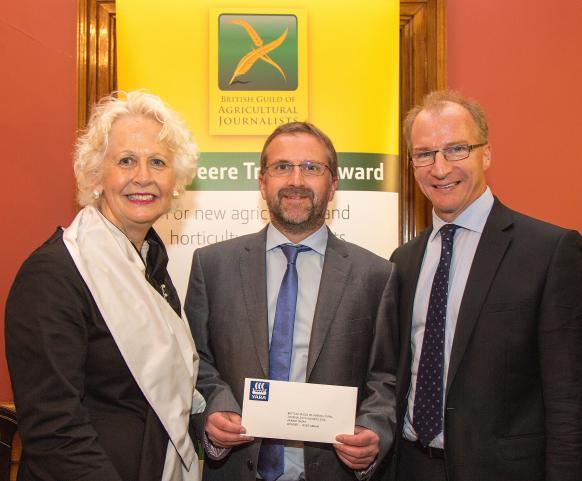 However, they judged the article by Bayer marketing communications manager Mike Abram – submitted to Farmers Weekly in a freelance capacity – as the winner (click on the image to read Mike's article). 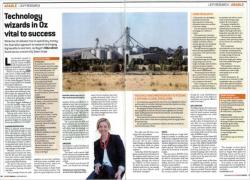 "It contained an extraordinary amount of interesting information about research-led growing of crops without subsidies in Australia and presented the topic through the experience of a progressive grower with a weed problem and diverse rotation," said the judges. "We learn a lot from this clear, short article; it could generate new ideas for UK farmers and opens up the question of what a levy board can do for an advanced arable business.”

The runner-up was Louise Impey’s article in Crops that combined a thorough depth of knowledge with latest findings from leading experts, delivered in a well-structured and well-researched piece that included an excellent case study.

The 2016 Grassland/Livestock winner was Aly Balsom for her Farmers Weekly piece on dairy cow body condition scoring for cow health and performance management.

Runners-up were Melanie Jenkins for a feature also in Farmers Weekly, on how to sell a TB-restricted herd and Rachel Porter, editor of Cow Management, for an article on dairy farmers who have switched to once-a-day milking.

Every entry in the this category had something to recommend it, said the judges - Alice Bell, organiser of the Grassland & Muck Event at Grandstand Stoneleigh Events; dairy and beef farmer Philip Halhead; and the 2015 winner Philip Clarke.

The quality of writing displayed by all entrants was impressive and the diversity of subjects covered was as wide as ever, with articles ranging from the farmer/vet relationships and gene editing, to controlled traffic farming and living with bovine TB.

But three features stood out from the crowd and set the judges talking, as they tried to wheedle out an overall winner.

Melanie Jenkins’ freelance piece in Farmers Weekly on how to sell a TB-restricted herd provided producers in a similar situation with all the information they might need, as they weigh up the pros and cons of getting out of dairying. Combined with a poignant case study, it dealt with a difficult subject in a sensitive way.

The entry by Cow Management editor Rachel Porter also impressed - a feature on dairy farmers who have switched to once-a-day milking. The article benefitted from an easy style to explain how and why two producers have taken the foot off the production pedal in search of better margins. The input of a nutritionist enhanced the value of the article. 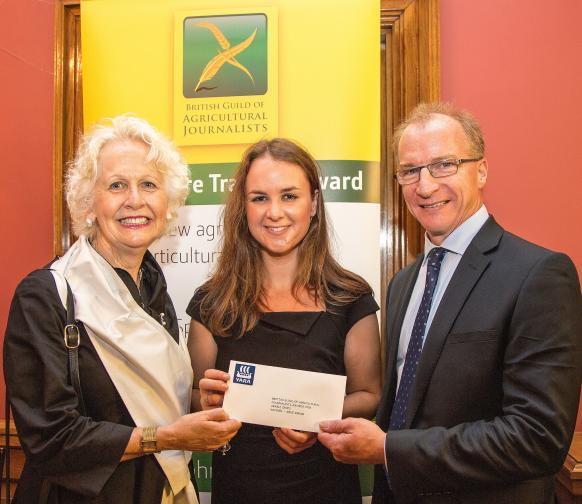 But the judges chose the article by freelance Aly Balsom in Farmers Weekly as the overall winner as they felt it best combined the three key elements of Readability, Research and Relevance (click on the image to read Aly's article). 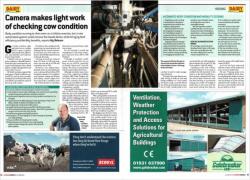 Body condition scoring of dairy cattle is a sometimes under-ultilised method of managing cow health and performance, but one which can pay rich dividends, both in terms of fertility and feed efficiency.

This article explained how one farmer has invested in a fully automated body scoring system from DeLaval, combining cameras and infrared lights to create a 3D image of each cow’s back at every milking. This produces graphical feedback and colour coded trend reports, taking all the hassle out of manual body condition scoring.

The article also explained the mechanisms behind the technology and the benefits to the farmer, and looked at ongoing research into further possible uses.

The judges said it was a fluent read that used a real farm example to engage the reader and would be sure to encourage other farmers to think about this important aspect of dairy cow management.

This category encompasses news and features concerning any agricultural subject related to the environment, rural issues or countryside matters.

They concluded that freelance Olivia Cooper's series in Farmers Weekly on the often taboo subject of succession was a deserving runner-up. They described it as a well-researched guide that tackled complex subjects head on, using survey results, case studies and the advice of experts to provide a run-down of some of the options for farming families. 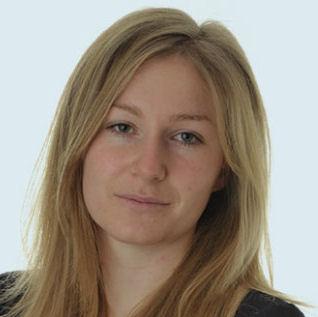 But it was Farmers Weekly deputy business editor Jez Fredenburgh (pictured) who took the prize for her article on Tesco's fictitious farm brands.

Judges decided this represented an original way of illustrating an important subject but one which could have easily turned into a run of the mill sourcing story.

"The in-store analysis of the foods on display put the issues into context and the structure of the article gave clarity on the situation, prompting the reader to consider their own view of the subject," said the judges.

"The piece was written after speaking to a wide cross section of the food and farming community, illustrating a range of views. The reflection of the advertising expert given in the article gives a more scientific and psychological backing to the arguments put forward throughout the piece."

Overall, the article was considered a quality piece of analysis that worked excellently within the weekly magazine format (click on the image to read Jez's article).