Winners unveiled for 2015 Perkins Power on the Farm Award 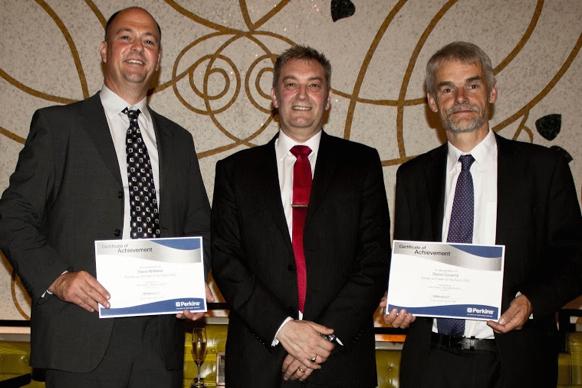 Winners and guests of the 2015 Perkins Power on the Farm Award were treated to a fabulous dinner – and the opportunity to make pasta and cocktails with the experts.

Guild Members and guests made pasta under the watchful eye of the famous Italian pasta chef Andrea Cirino, who featured on Masterchef earlier this year.

A cocktail master class followed dinner in a private dining room – enabling diners to raise a glass or two to the Guild, Perkins and this year's two Power on the Farm winners.

A tongue-in-cheek look at what tractors might look like in 2050 saw Farmers Weekly machinery editor David Cousins scoop the 2015 Perkins Power on the Farm Award.

Published in Farmers Weekly as part of a series of articles celebrating the magazine’s 80th anniversary, David’s vision of the future captivated judges from start to finish.

David, who last won the Power on the Farm award in 2008, received the winner’s certificate and a cheque for £2,000. His winning article can be read here:

Runner-up for the 2015 Perkins Power on the Farm Award was David Williams, who penned a personal yet practical piece on the pros and cons of zero-tillage.

Published in Farmers Guide in June 2014, the article provided the reader with plenty of information from which to make up their own mind on the subject.

David received a runner’s-up certificate and cheque for £1,000. His winning article can be read here: