Winners unveiled for 2017 Perkins Power on the Farm Award

Fine tea-tasting, guided tours of Fortnum & Mason and the Burlington Arcade in London, and a surprise TV celebrity guest at a splendid Japanese lunch ensured another very enjoyable day with the friendly team at Perkins Engines Company Ltd to mark the 45th edition of the Guild’s Perkins Power on the Farm Award.

Hosted by Andy Curtis, Perkins agriculture sales manager; Annette Ward, Corporate & Marketing Communications Manager; and organised in an efficient manner as always by Claire Cox, EAME & Asia Events and Hospitality Manager, the secret venues were revealed one by one, and the final surprise was to find BBC Countryfile farmer Adam Henson waiting to present the awards at lunch. 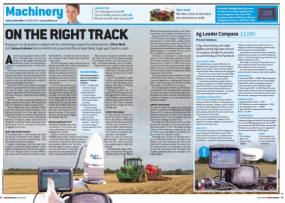 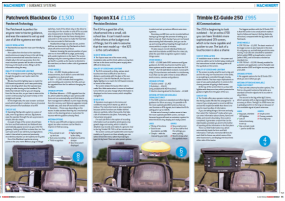 For the first time in the award’s history, first prize went to a joint entry by Oli Mark, Farmers Weeklymachinery editor, and freelance James Andrews for an article reporting practical comparison tests of vehicle guidance systems - click on the images to read the article.

Andy Curtis described the comprehensive report as “a captivating and valuable article bringing clarity and useful insight to what for many farmers is a complex buying decision. It was eminently useful to farmer readers, comprised real in-depth practical research and the article was written in an approachable, open style.” 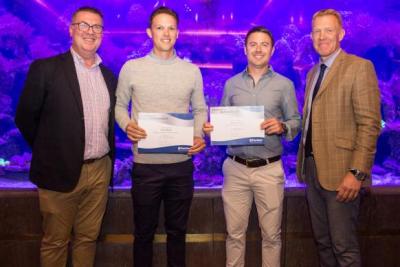 Of the runner-up article, written by Tom Allen-Stevens, editor of Crop Production Magazine (CPM), the judges felt the description of a drill designed around the use of cover crops in an arable rotation was “upbeat and thought-provoking, and would tap the intelligent farmer's interest with a case-study led approach that made it an easy, interesting read”. 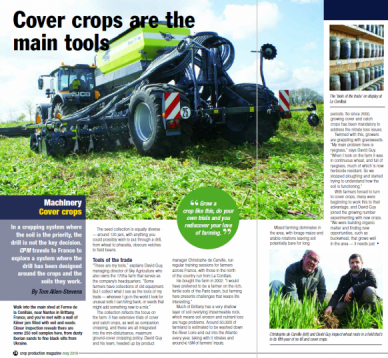 Two further prizes were awarded – to freelance Paul Spackman for an article on the current and future use of drones published in Crops magazine, which the judges said benefited from the writer’s open and lively style, coupled with his grasp of the technology and its benefits.

Machinery freelance Peter Hill’s article in Tillagemagazine on traction tyre technology was described as “a very comprehensive piece of work, written in an engaging style on a subject that is familiar to all farmers but which few are likely to fully understand.”

Having presented the prize certificates, Adam Henson’s comments can be summed up in a simple message to the award-winning journalist members of the Guild: “Keep up the good work!”

With Perkins engine technology contributing to the power and cost-efficiency of many agricultural vehicles world-wide, the award-winning topics and the presentation event made a fitting celebration of the Peterborough-based manufacturer’s 85th anniversary.