Winners unveiled for 2018 Perkins Power on the Farm Award 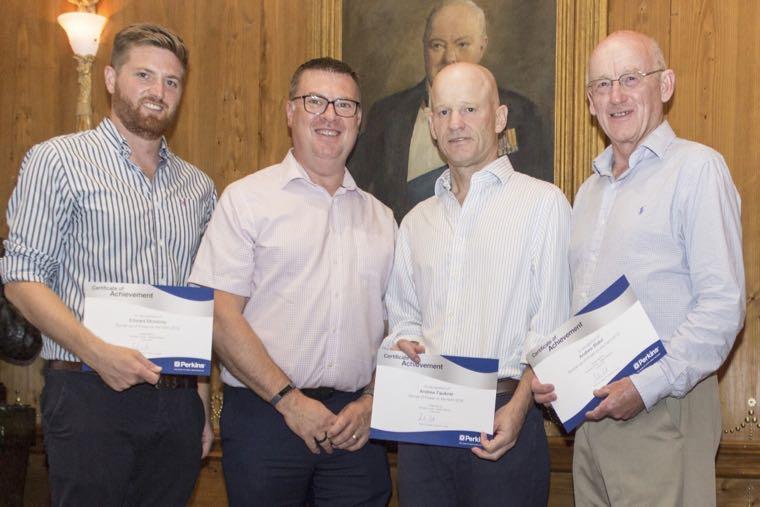 The talents of four guild members were celebrated at the Savoy Hotel in London, courtesy of the 2019 Perkins Power on the Farm Award.

Winner Andrew Faulkner (Profi International) and runner-up Edd Mowbray (Farmers Weekly) were treated to a magnificent Champagne reception and tour of the hotel made possible by the generous sponsorship of the Perkins Engines Company.

The tour of the famous London hotel from the Savoy's very own archivist, Susan Scott.

Among other fascinating stories, guild members heard how the Savoy pioneered many of the features and aspects of hospitality and luxury now take for granted in most hotels around the world.

They also heard about its role as the convivial meeting place for politicians of all stripes and colours, in the form of a private supper club known as ‘The Other Club’.

It’s a play on words – Parliament being the club. Founded by Sir Winston Churchill in 1911, the rules were “no speeches” and “no politics”.

Over the years, Prime Ministers have been invited to join the club, alongside politicians from the Conservative, Labour and Liberal Democrats, and a sprinkling of those from the arts and sciences.

Despite the Savoy hosting the club, it refuses to divulge any further details and the full membership remains unknown.

Winners and judges were then treated to a masterclass in effective travel packing from one of the hotel’s 12 resident butlers, their services being available (at a cost) to any of the hotel’s guests. 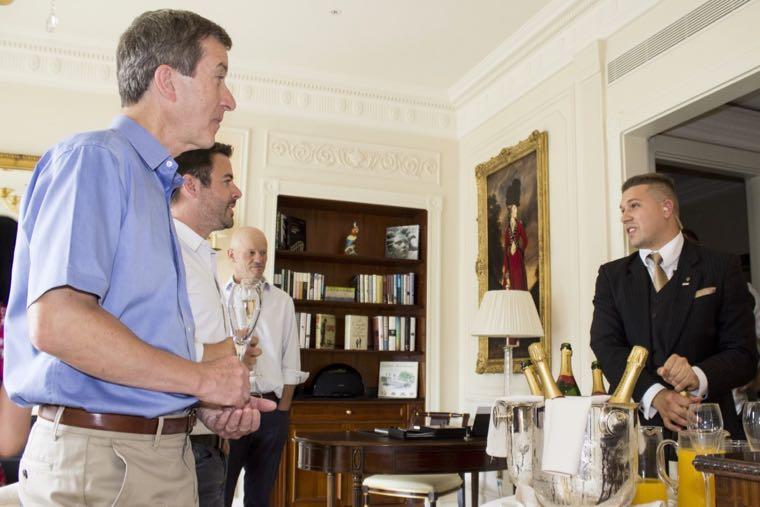 As well as taking care of luggage, laundry and packing, the butler recounted some of the more esoteric requests he has received from his clientele.

The hotel promises to fulfil every (legal) request, no matter how unusual.

These include being asked to book a lunch at a guest’s favourite Paris restaurant before accompanying them there by private jet.

Other requests include arranging for Welsh goats’ milk to be brought to the hotel so a guest could enjoy his favourite bedtime hot drink.

In the usual Perkins fashion, everyone enjoyed a fabulous three-course private lunch from the Savoy’s chefs, followed by an afternoon cocktail-making class in the hotel’s famous American Bar.

Perkins Power on the Farm Award

Entries must have been published in the UK between 1 January and 31 December in the year preceding entry.

The subject of ‘power’ on the farm should be considered in its widest sense, therefore entries are not confined to stories about machinery.

Submissions can be made by the author or a third party. Only one entry per person.

The competition is not open to first prize winners of the past three years. Entries are still open, however, to runners up.

All entrants must be available to attend the awards celebration in London.