Your chance to step forward for the Guild 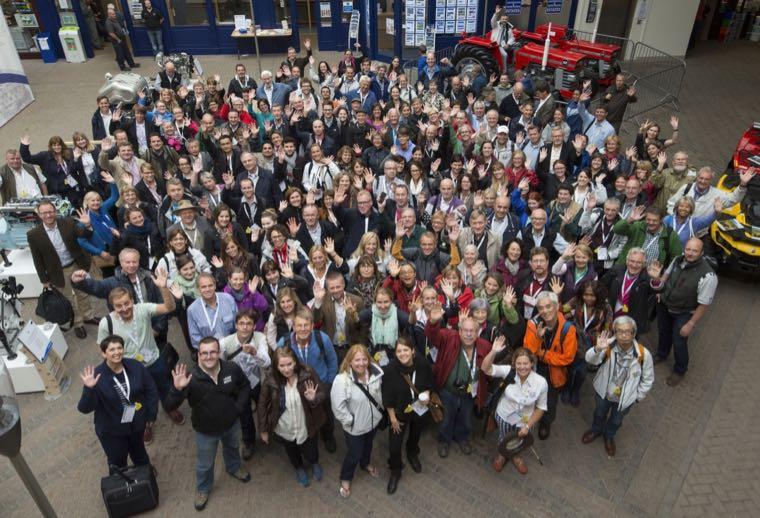 BGAJ members have the opportunity to express their interest in getting more actively involved in the running of the Guild in advance of the upcoming Guild AGM on 14 March.

Expressions of interest should be emailed to Guild chairman Catherine Linch by 4 March 2019.

While there is only one director vacancy* on Council, a breadth of interest is being sought, to get new people involved this year, in anticipation of a number of additional Council vacancies in 2020.

You can read all about Guild Council, what it does and who our Council members are here.

Key roles we are looking to fill include:

“We’re looking for members who want to give back to the Guild and play an active role in shaping the direction of the BGAJ,” explains Catherine.

“Some of the traits we are looking for include an organised approach, good people skills and diplomacy – and, in the case of the comms role, familiarity with content management and digital communication channels. Having a ‘way with words’ is assumed!”

“These would be from members of the Guild who perhaps don’t yet feel ready to take on a Council role, but who would like to contribute and engage in the running of the BGAJ activities.

“This might be in helping to organise a President’s event for example, or in assisting with the gathering of information on potential new Guild sponsors, or collating analytics generated that help us measure the success of the various Guild activities.

“We are looking for Council Supporters** who can give energy and enthusiasm, excellent organisational skills and a commitment to supporting Council members outside of the Council meetings.

“All candidates are welcome to come forward including those already serving on the Midlands regional committee.”

We would also ideally wish to have a photographer representative in one of the roles we are advertising who could support the Guild in developing our bank of images from Guild activities and also video content.

The new roles would commence following the March AGM.

Catherine says: “We’re lucky to have a really active and forward-looking Council and it’s a fantastic opportunity to build on the Guild’s strong position and deliver even more benefits for the membership.

“We’re also keen to establish stronger networks in the wider media circuit and with aligned sectors.”

“Our 2018 survey revealed a strong appetite among members to take up a more proactive role in the BGAJ, so we’re looking forward to receiving a good level of interest.”

All posts on Council are voluntary (reasonable expenses may be reclaimed) but the team on Council all get a lot back from working together with a common goal of promoting the interests and supporting the agricultural journalism and communications sector.

Those interested in putting themselves forward should initially email their expression of interest, with a short synopsis of what they feel they can offer the Council, by 4 March at the latest. To discuss the opportunities, please contact Catherine on 07850 802799.

At the AGM, members will elect a new President as Lord Curry of Kirkharle stands down after four years of dedicated service to the BGAJ. We are honoured to be welcoming a new President who has been nominated for election.

She brings a wealth of media experience and affinity to the farming sector and Council are very excited at the opportunity to receive her counsel, contacts and the energy she will undoubtedly bring to the President role. More details in due course.

*Directors are elected and appointed to Council at the annual AGM and nominations must be supported by an existing Member (not a Friend or Retired associate member) of the Guild. The Council typically meets five times a year at the Farmers' Club, London.

** Guild Council Supporters are not elected positions and as such hold no decision-making status and they will not attend Council meetings.