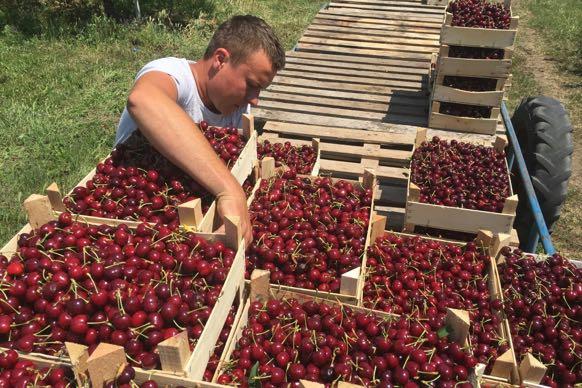 Despite having been a member of the British Guild of Agricultural Journalists for almost a decade, I’ve never, until this June, been on an affiliated study trip abroad. And what a trip on which to lose my agricultural journalistic virginity... I think I’m in love.

I’m certainly in love with Romania and the Romanian Agricultural Press Association (APAR). Both the country and their members did us proud.

Notwithstanding the fact that the APAR are mere fledglings in the long-established nest of European journalistic groups and it being their first experience of hosting 40-plus travel-hardened been-there-done-it agricultural reporters from the UK, Germany, Italy, Belgium, the Netherlands, Austria, Bulgaria, Slovenia, Croatia, France and Switzerland, their organisational skills left absolutely nothing to be desired.

We certainly didn’t go hungry or thirsty – either for food and drink, or for knowledge. The (extremely) full itinerary saw us visiting the University of Agricultural Sciences and Veterinary Medicine in Bucharest; Dr. Mihai Petcu’s dairy farm (and his ‘Children’s Farm’… the first of its kind in Romania); Perrein Arnaud, a Frenchman who has been farming in Romania for 25 years and who is now president of the country’s Corn Growers’ Association; Paula Vals’s remarkable ‘Angelo’ company which uses local produce and local labour to produce an amazing array of patisserie and conserves; Alcovin Macin, wine suppliers to the Royal House of Romania; Simongrig, a producer of organic vegetables; fruit-growers ‘Eurofruct’, and, as a grand farming finale, the ‘Big Island of Braila’ – billed as “the largest farm in the European Union”.

While all the journalists had their own reasons for being there and many were specialists in a specific subject (including a writer on wine… and oh, how we’d all like his job), uppermost on my personal agenda was finding out more about rural Romania and its environment.

I wasn’t disappointed – the inclusion of a visit to the Macin Mountains National Park (the mountain range there being, at some 3-4 million years of age, the oldest in Europe), for example, made the trip more than worthwhile.

For me, though, the absolute highlight was the day spent on the River Danube exploring its hidden lagoons, wildlife, ecology, on-going habitat enhancement, the possible impact of tourism, its fishing ‘industry’ and sustainable fish resources (information about which was further enhanced the following day by a talk from Tiberiu Cazacioc, of the Ro-Pescador Association) plus, most importantly, discovering all about the lives of those whose families have lived and worked along its banks for many generations. 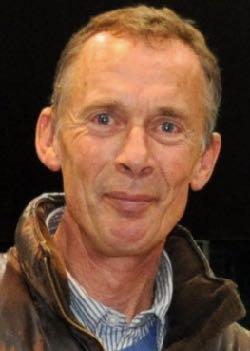 Gala dinners, wine-tastings and some excellent Romania traditional dancing and singing made for some light relief and offered the opportunity to chat further with fellow journalists and those associated with agriculture in all its forms whilst at the same time, eating and drinking one’s own weight in local produce and wine.

What a good thing this visit was only of a week’s duration as I’m not sure that, despite our best efforts to do justice to our various hosts extremely generous hospitality, any of us would have lasted a trip any longer in duration.

If this particular bunch of European-based agricultural writers, publishers, lecturers and related professions were typical, then they and their ilk are a very friendly lot and I very much hope to have the opportunity to join another study trip in the not-too-distant future.

For now though, I think I’ll just concentrate on my diet and removing the kilos accrued as a result of our most recent excursion.