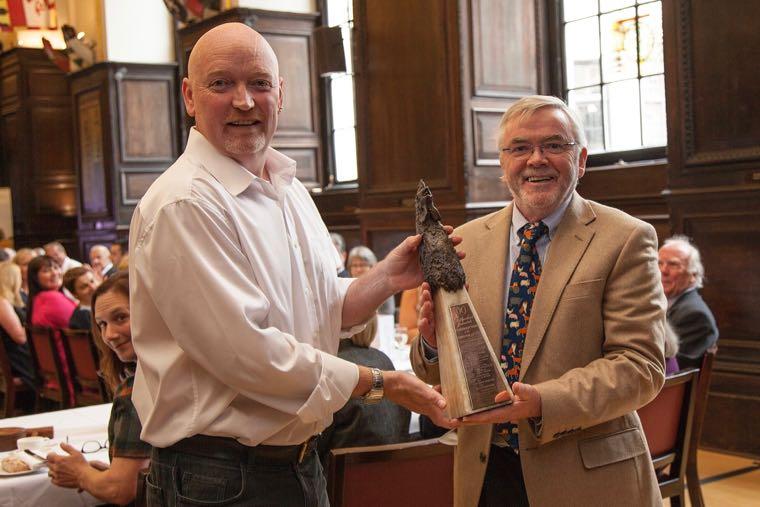 Nominations are open for the 2018 Netherthorpe Communicator of the Year Award – the Guild’s most prestigious accolade which recognises members who have made an outstanding and sustained contribution to agricultural communications.

The Netherthorpe is the only Guild award for which there are no self-entries: it is judged solely on nominations made by fellow Guild members.

Judges are looking for someone working as a journalist or in commercial communications who has contributed to the dissemination of knowledge and understanding about agriculture in its widest sense over a number of years.

This could be through the written word as a journalist, editor or PR professional, or through the scripting, production or presentation of radio and television broadcasts.

The recipient of the Netherthorpe award will be presented with the splendid crowing cockerel bronze trophy at the Guild Harvest Lunch in London on 11 October 2018.

After engraving, the trophy is put on permanent display in the bar of the Farmers Club in London.

You can read about previous winners of the Netherthorpe award here.

To nominate a member for the 2018 Netherthorpe Award, please complete the nomination form which can be downloaded as a Word document or as a PDF document.

All nominations will be acknowledged.