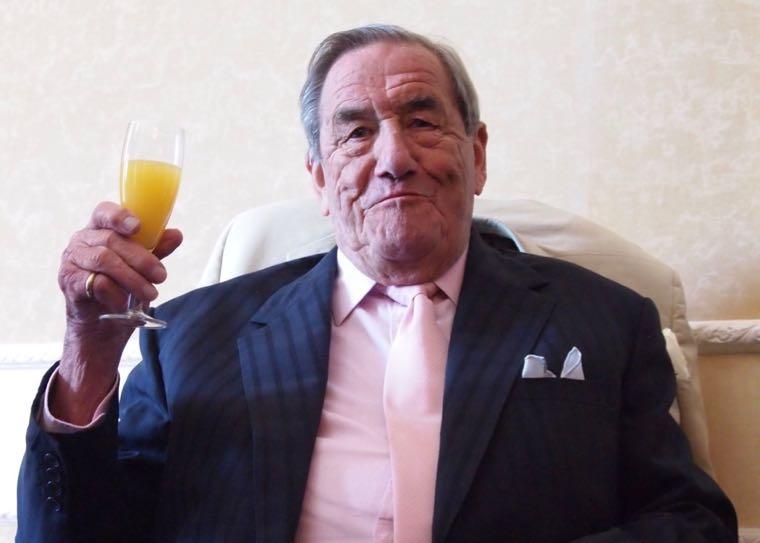 Nick started his PR agency Henderson Group One in a converted stable more than 50 years ago, and was still running the business as he approached his 90th year.

Having fulfilled a childhood dream of becoming a vet by qualifying at Glasgow veterinary school in 1951, Nick subsequently discovered that the unpredictable hours and late nights spent in the cold and wet did not suit him.

This prompted a move into pharmaceutical sales management and later was approached by the British pharmaceutical industry trade body to take on their PR activities.

Five years later, he negotiated a part-time contract in order to set up his consultancy Henderson Group One, initially with mainly pharma company clients, in an office converted from a stable in London’s Belgravia.

He became known to Guild members as owner and editor of Veterinary Times, and to farm machinery editors and journalists in particular as the PR representative for John Deere in the UK from the early 1970s.

Guild member Jenny Botsford recalls: “I started in PR at the British Veterinary Association and Nick was very helpful to me.

“Having read the book Bluffers guide Bluff your way in PR, I was still very ‘green’ so he invited me to his consultancy for a couple of Mondays to see what they did.

“He was always very fair and always willing to advise and help, and later would remark that he and I were the only two to be members of both the Guild and the Medical Journalists Association.

“He was always great fun to be with and altogether a splendid person,” Jenny concludes.

Henderson Group One colleague Bonnie Green remembers Nick for his ebullient personality, generosity and love of entertaining, as well as for his influence in setting up a number of professional and trade associations within the veterinary profession.

In 2015, he was awarded an honorary fellowship of the Royal College of Veterinary Surgeons to mark his achievements as a veterinary broadcaster, author, editor and publisher.

His major contribution to the Guild was the John Deere Award, initially a journalism prize for members that later was transformed into the training course and writing award for new entrants that continues successfully to this day.

“As an FW machinery correspondent we touched base quite a lot, most notably when trying to convince tractor manufacturers to release their sales figures.

“Nick was central to the ebb and flow of the dialogue between FW and the UK machinery industry, acknowledging, I suspect, that it was just a matter of time before the data was released – which it eventually was.

“Nick handled the negotiations between all parties with the skill of a practiced diplomat and I, for one, very much admired him for his endeavours.

“I extend my sympathies to his family.”