Winners unveiled for 2007 Perkins Power on the Farm Award

The 2007 Perkins-sponsored 'Power' awards were presented during a very special lunch at the House of Lords hosted by Guild past President Baroness Hazel Byford.

The event celebrated the 35th year of the award and the 75th year of enthusiastic Guild supporter Perkins Engines, the Peterborough-based diesel engines manufacturer. Past winners were invited to join the celebrations, which included an exclusive guided tour of the Palace of Westminster.

The judges said: "Any journalist contemplating an article on how to turn grass, slurry and maize into a biogas, and thence into electricity, is looking at a tough challenge. The winner pulled it off brilliantly.

"Accessible equally to the casual reader and to potential adopters of the process, Mike Green's article showed how to 'go green' and make money too.

"Clarity of style, strong diagrams and crisp information panels combined to produce a top-quality piece of work, which reaches the high standards required to win the Perkins 'Power' Award 2007." 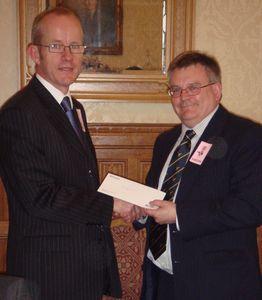 Specialist machinery freelance writer, Michael Williams, took the runner-up prize for an article revealing that the fuel-cell concept currently being touted as a potential power source for many vehicle types is no new thing.

His article, published in enthusiasts' magazine Tractor & Machinery, describes research carried out by Allis-Chalmers in the 1950s using fuel-cells to power tractors.

This article impressed the judges with its "good, accessible writing linked to strong pictures of real historical interest; the intrinsic quality of piece was of the highest order." 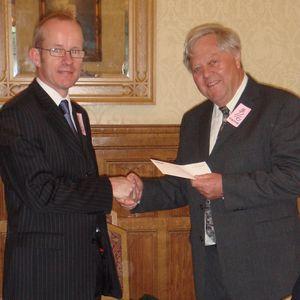 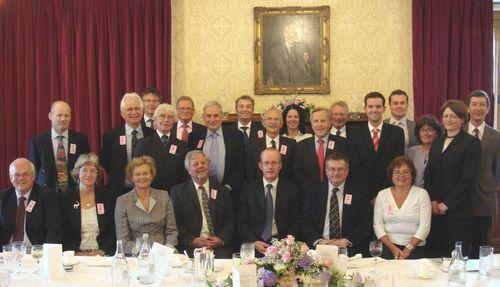 Many past winners of the Guild's Perkins Power on the Farm award were able to attend the 2007 presentation ceremony at the House of Lords. Photo: Annette Johnson, Perkins publications editor.